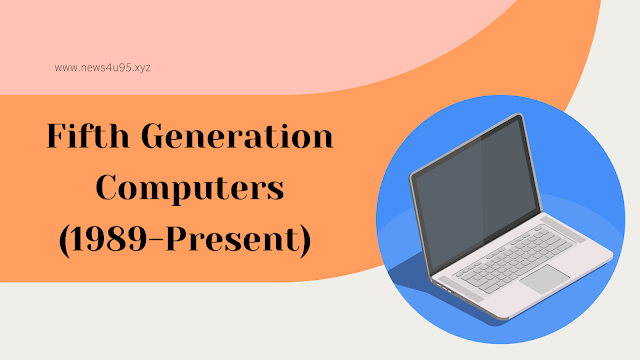 The trend of further miniaturization of electronic components, a dramatic increase in the power of microprocessor chips, and an increase in the capacity of main memory and hard disk continued during fifth generation computers. VLSI technology became VLSI (Ultra-Large-Scale Integration) technology in the fifth generation resulting, in the production of microprocessor chips having ten million electronic components. In fact, the speed of microprocessors and the size of the main memory and hard disk doubled almost every eighteen months. As a result, many features found in the CPUs of large mainframe systems of third- and fourth-generation systems became part of microprocessor architecture in the fifth generation. This ultimately resulted in the availability of very powerful and compact computers becoming available at cheaper rates and deals of traditional large mainframe systems. Recently, processor manufacturers started building multicore processor chips instead of increasingly powerful (faster) single-core processor chips. The multicore chips improve overall performance by handling more work in parallel.

Due to this fast pace of advancement in computer technology, we see more compact and more powerful computers being introduced almost every year at more or less the same price or even cheaper. Notable among these are portable notebook computers that give the power of a PC to their users even while traveling, powerful desktop PCs and workstations, powerful servers, powerful supercomputers, and handheld computers.

During fifth generation computers, the Internet emerged with associated technologies and applications. it made it possible for computer users sitting across the globe to communicate with each other within minutes by use of electronic mail (known as e-mail) facility. A vast ocean of information became readily available to computer users through the World Wide Web (known as WWW). Moreover, several new types of exciting applications like electronic commerce, virtual libraries, virtual classrooms, distance education, etc. emerged during the period.

The tremendous processing power and the massive storage capacity of fifth generation computers also made them a very useful and popular tool for a wide range of multimedia applications dealing with information containing  text, graphics, animation, audio, and video data. In general, the data size for multimedia information is much larger than plain text information because the representation of graphics, animation, audio, and video media in digital form requires a much larger number of bits than that required for the representation of plain text. Because of this, multimedia computer systems require faster processors, larger storage devices, larger main memory, good graphics terminal, and input/output devices required to play any audio or video associated with a multimedia application program. The availability of multimedia computer systems resulted in a tremendous growth of multimedia applications during fifth generation computers.

Characteristics of fifth generation computers are as follows: