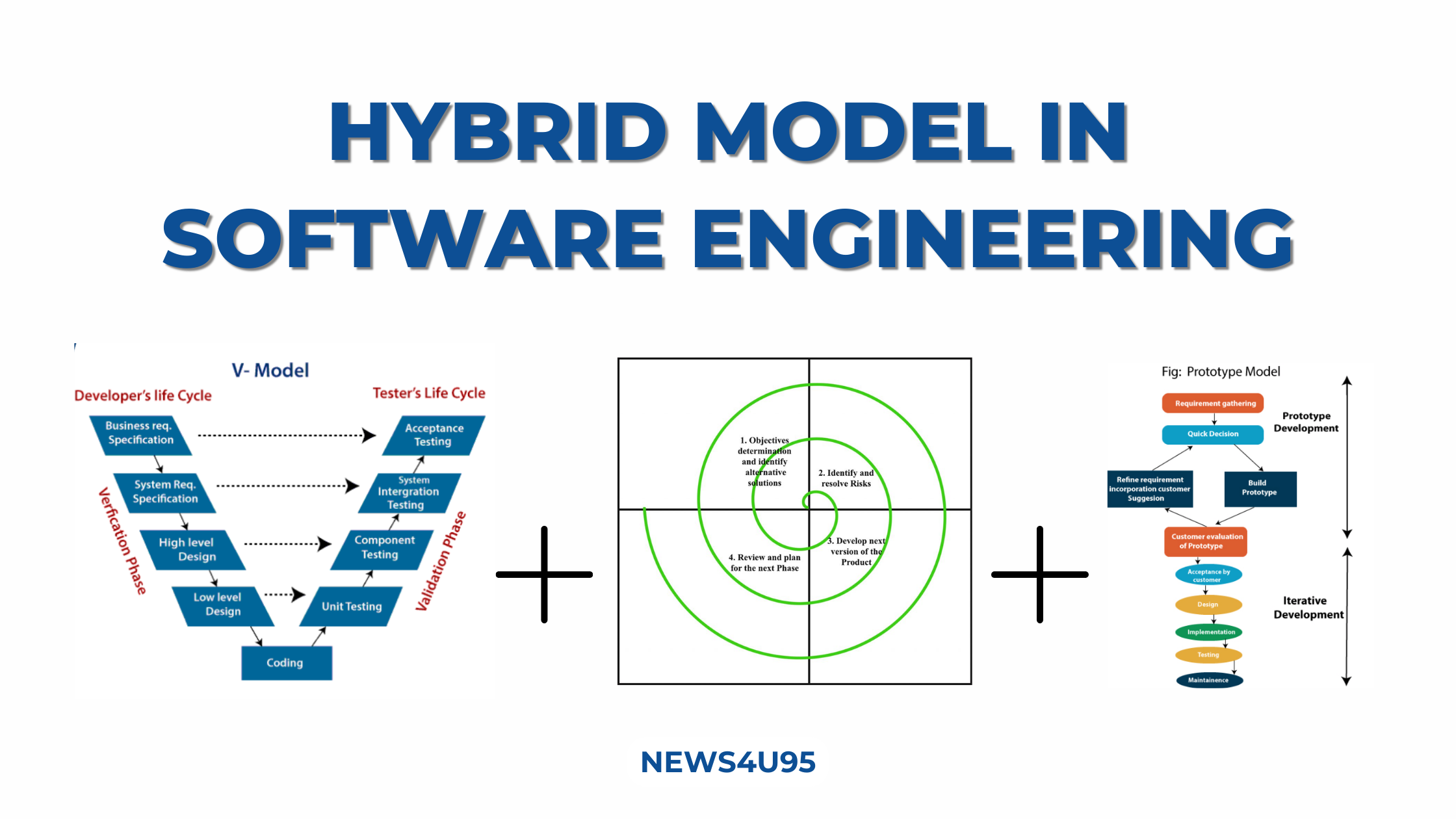 What is Hybrid Model?

A hybrid model in software engineering is a combination of two or more models and modifies them according to business needs. This model depends on other SDLC models, such as spiral, V and V, and prototype models. The hybrid model is mainly used for small, medium, and large projects.

Whenever we want to get features of two models in one model we go for the hybrid model.

The most commonly used combination of the two models is as follows:

Spiral and prototype hybrid models are used for the following conditions:

The spiral and prototype hybrid model process will be completed in different stages, which are as follows:

We go for this model for the following reasons:

In this model, a testing team is involved to test the prototype and testing will start at an early stage of product development, which avoids bugs from going downstream, helping us reduce rework.

The V&V and prototype hybrid model process will be completed in the following phases.

Step 1: The process begins with gathering business requirements in the form of CRS documents, and the tester will do the following:

Step 2: The BA will then convert this CRS document into an SRS document, and the web developer will design and develop the prototype, send it to the tester, and the tester will test the following:

Step 3: After that, the testing team will check the prototype and identify the bugs and send it back to the respective developer. Once the prototype is tested, it is sent to the customer for review and approval.

Step 4: Once the customer approves it, we will create a high-level design of the specific prototype and send it to the testing team where they will do the following:

Step 5: Once this is done, we will start working on the low-level design and send it to the tester and the tester will perform the following tasks.

Step 6: After that, the developer starts writing the code for the specific prototype and does a round of white box testing from his end, and sends it to the testing team for further testing where they do different types of testing.

This process will continue until the modules and prototypes are stable and then they will deliver to the customer.