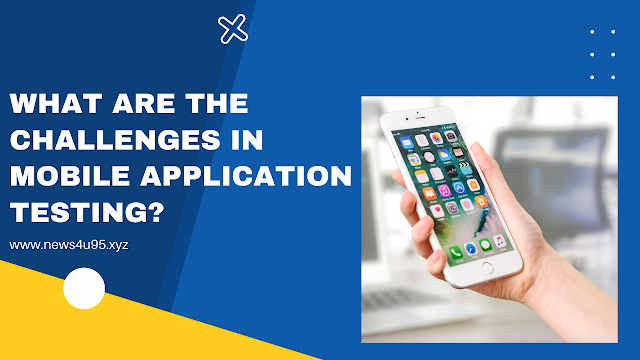 In this article, we learn the what are the challenges in mobile application testing.

What Are The Challenges In Mobile Application Testing?

Fragmentation is a big issue for the Android application because Android has 11 different operating systems.

The percentage of iOS devices is 93% who are using version 9 or 10, so the fragmentation issue of Apple’s Operating system for iOS devices is less than that of Android.

There are different types of mobile apps.

These can be the native app, web app, and hybrid app.

We use some testing tools like emulators and simulators if we don’t have physical devices for testing and also perform regular Regression Testing.

In the market, we can find automation tools in a wide variety, but here the challenging factor is to decide which tool is best for mobile application testing.

Mobile apps consume more power. The use of multiple apps will drain the life of the battery.

The mobile application testing company should have to be focused on the consumption of power by mobile apps when designing the process of testing.

When the requirement of the user change, then there is a need for frequent updates in the mobile application.

People move from one place to place to another. The network coverage is also changing.

In underground places, the signals are weak. At the time of the boarding of flights and take-offs, in that case, signals are also disrupted.

Some apps need to work in the offline mode but still, the tester has the challenges to test the application under different networks.

Navigation is also smooth. The image adjusts according to the size of the screen.

Users can access the feature within apps by the touch of a finger and also by tapping.