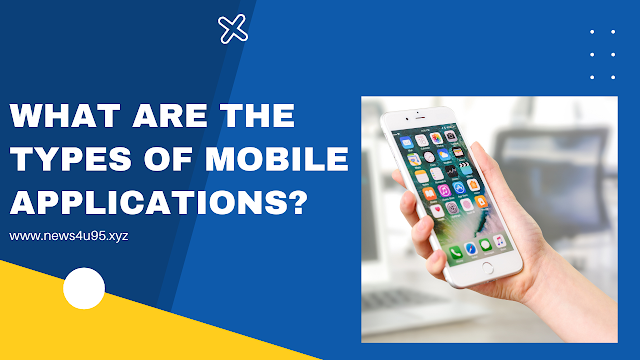 In this article, we learn about the different types of mobile applications.

The types of mobile applications in testing play a very important role in defining your testing process.

1. Mobile Web Applications: These are the web pages that you open through the mobile browser.

2. Native Applications: These are the applications that are developed for one particular platform. (iOS, Android, Windows 10 Mobile, Tizen, BlackBerry, etc).

3. Hybrid Applications: It is a combination of mobile web apps and Native Apps.

Mobile web apps are actually websites that open on your smartphone with the help of a web browser and internet connectivity.

Mobile websites are used by multiple people around the world.

Easy update: Just update in one location and all the users.

No installation is required, as compared to native or hybrid apps.

Mobile websites cannot use some of the features. For example, access to the file system and camera, etc

Many existing websites don’t support offline capabilities (which means the internet is required).

Users won’t have the app’s icon on their home screen as a constant reminder. The website needs to be opened in a web browser only.

While native and hybrid apps appear on the App Store and Google Play, web apps won’t.

A native app is developed specifically for one platform/OS. It can be installed through an application store (such as Google Play Store or Apple’s App Store).

They can take full advantage of all the device features they can use the camera, the GPS, the compass, the list of contacts, and so on.

Native apps can use the device’s notification system and can work offline.

Push notifications, alert users every time a new piece of content/text is published or when their attention is required to the user.

High cost for building the app: Native apps developed for one platform will not run on another platform.

An App built for Android will not run on iOS.

We need to build a different App altogether for iOS. Because of this reason, we need to maintain multiple versions of the App.

Hybrid Apps are a way to expose content from existing websites in App format. They can be well described as a mixture of Web Apps and Native Apps.

It can be built for cross-platforms, i.e. reduced cost for App development.

Maintenance is simple, as there are not many versions to be maintained.

It can take advantage of a few features available on the device.

It can be found in the App Store and Play Store

It has a browser embedded within the app only.

Difference between Types of Mobile Applications

There are a few basic differences that set these apart:

A native app can be updated from the play store or app store while mobile web apps are centralized updates.

Many native apps don’t require an Internet connection but for mobile web apps, it’s a must.

Native apps are installed from app stores like Google play store or app store where mobile web are websites and are only accessible through the Internet.

What Are The Challenges In Mobile Application Testing?