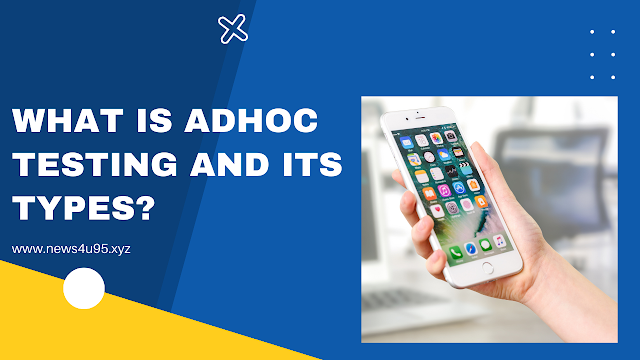 In this article, we learn what is adhoc testing In Software Testing, its Types, and its advantages.

What Is Adhoc Testing In Software Testing?

Adhoc testing is an informal or unstructured software testing type that aims to break the testing process in order to find possible defects or errors at the early possible stage. Adhoc testing is done randomly and it is usually an unplanned activity that does not follow any documentation and test design techniques to create test cases.

Adhoc testing does not follow any structured way of testing and it is randomly done on any part of the application. The main aim of this testing is to find defects by random checking. Adhoc testing can be achieved with the Software testing technique called Error Guessing.

There are different types of Adhoc testing and they are listed below:

Two testers are assigned modules, share ideas and work on the same machines to find defects. One person can execute the tests and another person can take notes on the findings. The roles of the persons can be tester and scriber during testing.

Randomly test the product or application without test cases with the goal to break the system.

Buddy testing is a combination of unit and System Testing together with developers and testers but Pair testing is done only with testers with different knowledge levels (Experienced and non-experienced to share their ideas and views).

The advantage of Ad-hoc testing is to check for the completeness of testing and find more defects than planned testing. The defect-catching test cases are added as additional test cases to the planned test cases.