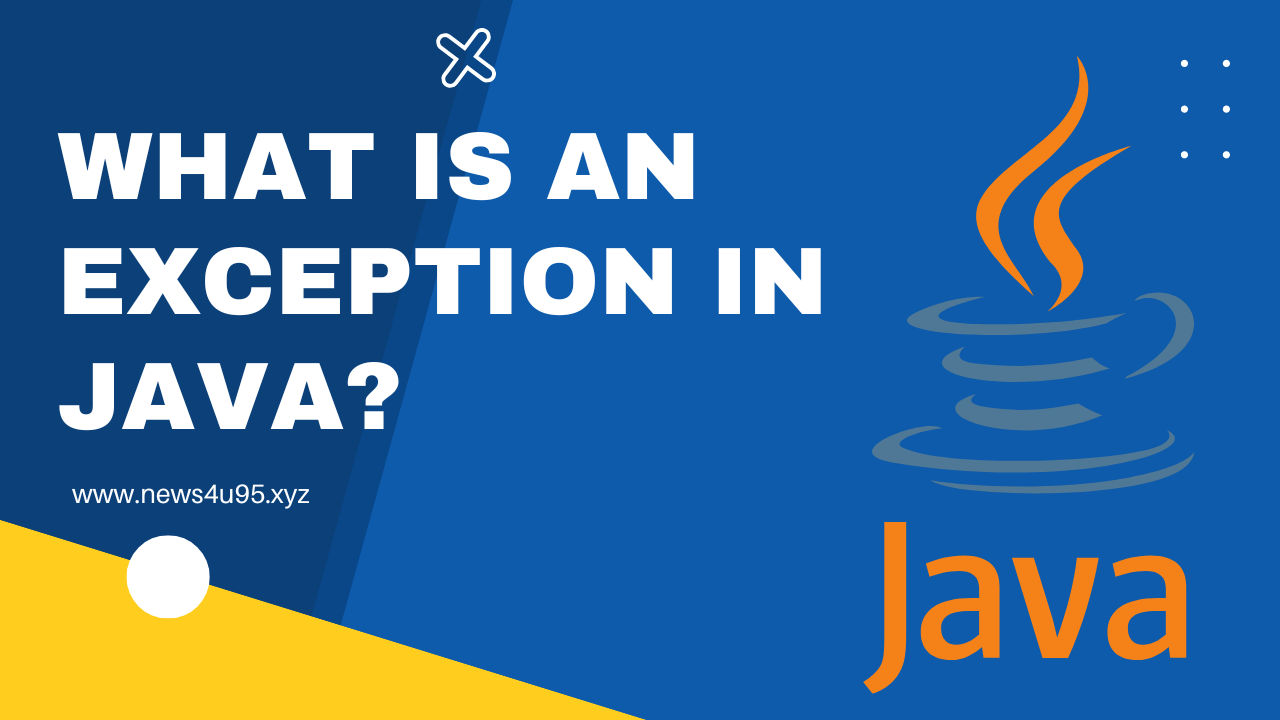 The exception class is the class that deals with the exceptions that occur while the program is running.

Types of Exception in Java

Checked Exception which is also known as compile-time exceptions.

Checked Exceptions are those exceptions that the compiler checks at compile time. If there is a checked exception inside a method then the method should handle the exception or it may mention the exception by using throws keyword.

Java Unchecked Exception which is also known as Runtime Exceptions.

How to Handle Exception in java

The process of dealing with exceptions is known as Exception Handling.

Errors and exceptions are totally different things. An error occurs when we miss a semicolon at the end of the line or misspell a method name. We cannot handle an error.

However, Exceptions are manageable. We can easily handle an exception and ask the compiler to perform specific tasks when the program encounters an error.

The try block in Java contains the statements where there is a chance of exception.

We can’t write try block only. We always to write catch block.

We can write try block Without catch block. But we need to write finally block

Syntax of try catch in Java

//code where exceptions may occur

//Code to handle the exception

The control flow is as follows:

After the exception gets passed as an Object of type Exception, the catch block statements get executed.

The syntax of multiple catch block is as follows:

//Code where exception can occur

//code that executes if Exception of type A occurs

//code that executes if Exception of type B occurs.

The control flow transfers from the try block immediately to the first exception. If it matches the exception type mentioned in the condition, it executes the code, else it falls down the exception ladder.

The “finally” block follows the try block or the catch block. This segment houses the code which gets executed whether an exception occurs or not. This may contain a cleanup code that we want to execute after the protected block.

Only one finally block is used for one try block.

Finally block is used to close the objects, connections to flush the IO streams etc.

The syntax is as follows:

//Code where exception can occur

// Code to handle the exception}

Finally block will not be executed in 3 conditions

Exception in finally block: The line at which exception occurs from that line, finally block won’t be execute.

Advantages of Handling Exception in Java

It helps to separate error-handling code from the regular code. This means that the code while debugging it is easy to identify the code which handles the error.

Handling Exception in java helps in ordering and grouping the code for execution upon the occurrence of an exception.

Error is not an exception but it is an issue that emerges out of the control of the user or the developer. We generally overlook the Errors in Java since we seldom take care of a mistake. For example, if there is stack overflow, there will be blunders.

There are two types of errors:

Compile-time errors are the errors resulting from a violation of programming language’s grammar rules e.g., writing syntactically incorrect statements like

Will result in a compile-type error because of invalid syntax. All syntax errors are reported during compilation.

Runtime errors occur during runtime or execution of the program because of unexpected situations. We use Exception handling routines of Java to handle such errors.

Some common examples of errors are:

What is Java Collections?