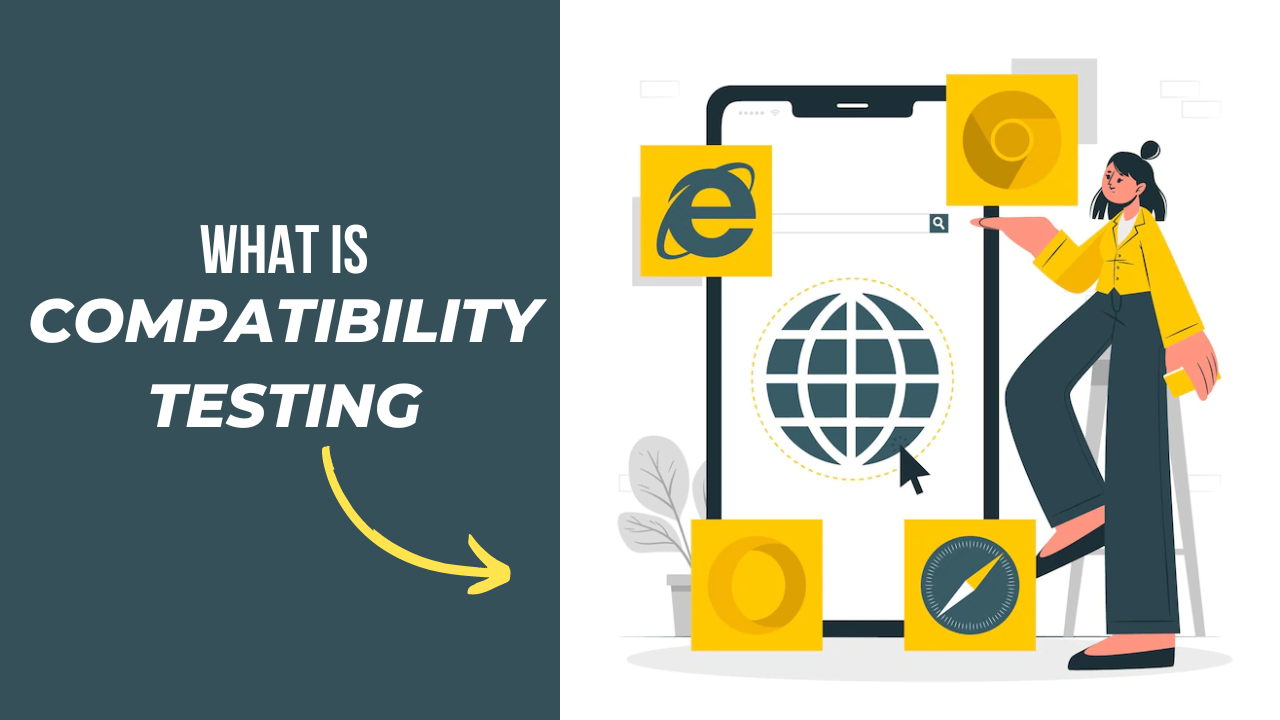 Compatibility is nothing but the ability to exist. In everyday life, oil is not compatible with water, but milk can be easily mixed with water.

What is compatibility testing?

Compatibility testing is a type of software testing to test whether your software can run on different hardware, operating systems, applications, network environments, or mobile devices.

It is a type of non-functional testing.

Let’s look at the types of compatibility testing

Hardware: It tests the software for compatibility with different hardware configurations.

Network: Evaluation of system performance in various parameters like bandwidth, operating speed, and capacity network. It also checks the application in different networks with all the parameters mentioned earlier.

Browser: It checks the compatibility of your website with different browsers like Firefox, Google Chrome, Internet Explorer, etc.

Devices: It checks the compatibility of your software with various devices like USB port devices, printers and scanners, other media devices, and Bluetooth.

Mobile: Testing your software is compatible with mobile platforms like Android, iOS, etc.

BrowserStack – Browser Compatibility-Testing: This tool helps the software engineer to check the application in different browsers.

Virtual Desktops – Operating System Compatibility-testing: It runs applications as virtual machines across multiple operating systems. n number of systems can be connected and the results can be compared.

How we do Compatibility Testing

The first step in compatibility-testing is to define the set of environments or platforms on which the application is expected to operate.

A tester should have sufficient knowledge of the platforms/software/hardware to understand the expected application behavior under different configurations.

Testing environments need to be set up with different platforms, devices, and networks to check if your application runs well under different configurations.

The most important use of compatibility-testing is to ensure that the developed software works under different configurations. This testing is necessary to check whether the application is compatible with the client’s environment.

What is Non Functional Testing

What is Installation Testing in Software Testing