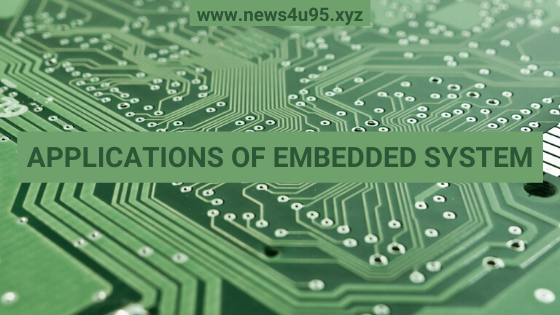 What is Embedded System?

An embedded system is a fixed or programmable combination of computer hardware and software designed for a specific function or function within a large system. Embedded systems can include industrial machines, agricultural and processing plants, automobiles, medical devices, cameras, devices, airplanes, vending machines, and mobile devices.

Embedded system is used in almost every industry. Communications, manufacturing, military defense, and scientific research are just a few of the many sectors in which people rely on them to achieve their goals and work more efficiently by reducing manual processes.

A good example of a real-time embedded system application is a weapon defense system whose sole task is to protect naval destroyers by shooting down incoming missiles. The weapon defense system consists of three subsystems: a weapon launch system, a radar system, and a control system. The weapon launch system and radar system are controlled, but the control system functions as a command and decision system.

Radar systems monitor potential threats such as incoming missiles, measure their coordinates, and transfer them to the control system. The control system determines the threat level possessed by the target according to the information collected from the radar system. The command and decision-making system determines various target parameters such as flight path, points of influence, and speed. Based on these parameters, the control system activates a weapon firing system that fires until the target is completely destroyed. Communication between the radar and the command and decision-making system is real-time.

It works by detecting the vehicle movement on the highway and turning on street lights before approaching vehicles arrive. After the vehicle has passed, the streetlights will go out to save energy.

Vehicle tracking works by using GPS to determine the exact location of the vehicle. They are used to control theft and possible criminal activity. GPS modems send messages to specific mobiles that store data. Location information regarding longitude and latitude values ​​is displayed using an LCD display. The microcontroller regularly checks the GPS modem.

This involves using a home automation system with Android applications and remote-based controls. Remote operation is performed by Android OS-based phones and tablets. The Android application acts as a transmitter, sending on and off commands to the receiver to which the load is connected.

These are just a few examples of embedded systems in the world today. Embedded systems act as a core control for interfacing peripheral devices and are therefore found in many applications using various electrical components.

Applications of Nanorobots In Medicine