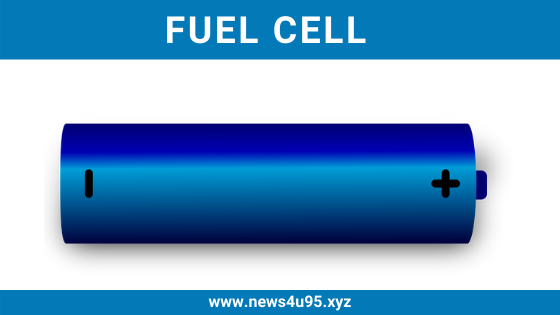 In this article, we learn what is fuel cell, fuel cell working, the types of fuel cell, and Fuel cell Advantages.

What is Fuel Cell?

Fuel cells are devices that convert chemical potential energy into electrical energy. Proton Exchange Membrane cells use hydrogen gas (H2) and oxygen gas (O2) as fuel. The product of the reaction in the cell is water, electricity, and heat. This is a significant improvement over internal combustion engines, coal-fired power plants, and nuclear power plants, which produce harmful by-products. Oxygen gas (O2) is readily available in the air, so you only need to supply the fuel cell with hydrogen gas (H2), which can be generated during the electrolysis process.

A fuel cell works like a battery, but it doesn’t have to be drained or recharged. As long as fuel is supplied, it will generate electricity and heat. A fuel cell consists of two electrodes (an anode (or anode) and a cathode (or cathode)) sandwiched around an electrolyte. Fuel such as hydrogen is supplied to the anode and air is supplied to the cathode. In hydrogen fuel cells, the catalyst on the anode separates the hydrogen molecules into protons and electrons, which take different paths to the cathode. The electrons create a flow of electricity through an external circuit. Protons travel through the electrolyte to the cathode where they combine with oxygen and electrons to produce water and heat.

Alkaline fuel cells use on compressed hydrogen and oxygen. They commonly use an aqueous solution of potassium hydroxide as the electrolyte. The efficiency is about 70%, and the operating temperature is 150 ~ 200 ℃ (about 300 ~ 400 ℃). The cell power range is 300 watts (W) to 5 kilowatts (kW). Alkaline batteries were used on the Apollo spacecraft to supply both electricity and drinking water. However, they require pure hydrogen fuel and their platinum electrocatalysts are expensive. And like any other container filled with liquid, they can leak.

Molten carbonate fuel cells (MCFCs) use high-temperature compounds of salt carbonates (such as sodium and magnesium) (chemically CO3) as electrolytes. The efficiency range is 60-80% and the operating temperature is approximately 650 ° C (1,200 ° F). Units of up to 2 megawatts (MW) have been built and designs exist for units up to 100 MW. High temperatures limit damage to the cell’s carbon monoxide “poisoning” and allow the waste heat to be recycled to produce additional power. Those nickel electrocatalysts are cheaper than platinum used in other cells. However, high temperatures also limit the material and safe use of MCFC. They will probably be hot for home use. Also, carbonate ions from the electrolyte are used up in the reaction, so it is necessary to inject carbon dioxide to make up for this.

Phosphoric acid fuel cells operate on phosphoric acid as the electrolyte. The efficiency range is 40-80% and the operating temperature is 150-200 ℃ (about 300-400 ℃). The output of the existing phosphate cell is up to 200 kW and 11 MW units have been tested. Phosphoric acid fuel cells allow carbon monoxide concentrations of approximately 1.5%. This expands the choice of fuels you can use. If you use gasoline, you need to remove the sulfur. The platinum electrocatalyst is required and internal components must be able to withstand corrosive acids.

Proton exchange membrane (PEM) fuel cells operate with polyelectrolytes in the form of thin permeable sheets. Efficiency is about 40-50% and the operating temperature is about 80 ° C (175 ° F). The cell output range is usually 50 to 250 kW. The solid, flexible electrolyte does not leak or crack, and these cells operate at sufficiently low temperatures, making them suitable for home and automotive use. However, the fuel has to be purified and is costly because it uses platinum catalysts on both sides of the membrane.

Solid oxide fuel cells (SOFCs) use a hard ceramic compound of an oxide (chemically O2) of a metal (such as calcium or zirconium) as the electrolyte. It has an efficiency of about 60% and an operating temperature of about 1,000 degrees Celsius (about 1,800 degrees Fahrenheit). The maximum cell output is 100 kW. At such high temperatures, no reformer is needed to extract hydrogen from the fuel and the waste heat can be reused to produce additional electricity. However, high temperatures limit the applications of SOFC units and tend to be quite large. Solid electrolyte does not leak, but they can crack.

2. Direct emissions from fuel cell vehicles are water and a little heat. This is a myriad of significant improvements in greenhouse gases for internal combustion engines.

3. Fuel cells have no moving parts. Therefore, it is much more reliable than traditional engines.

4. Hydrogen can be produced in an environmentally friendly way, but oil extraction and refining are very harmful.

What is an Advantage of Using Blockchain Technology