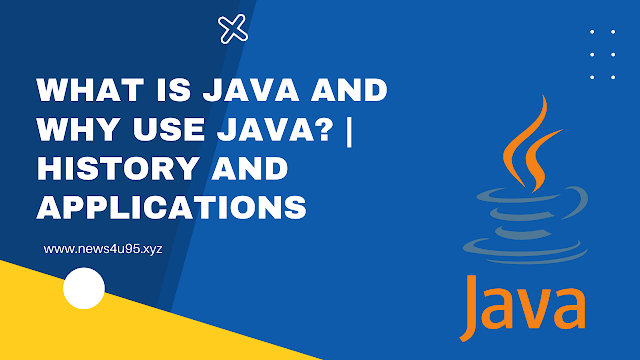 Java Virtual Machine provides a runtime environment in which we can execute the bytecode. JVM is platformdependent. It performs the following tasks:

B)  Verifying the code

JRE is a collection of tools. These tools together allow the development of applications and provide a runtime environment. JVM is a part of JRE. JRE is also platform dependent like JVM.

Keywords are special words that are basically reserved keywords in any programming language. We cannot use them in the rest of the programs. We can only use them as the name of variables in Java, class, or method

Why Use Java Programming? or Where java is used?

In Java, every application begins with a class name, and that class must match the filename.

Let’s create our first Java program, called First.java, which can be done in any text editor (like Notepad, eclipse).

The file should contain a “Hello World” message, which is written with the following code:

The output of the program is:

What is the meaning of System.out.println() in Java?

In Java, System.out.println() is a statement that prints the argument passed to it. The println()method display results on the monitor. Usually, a method is invoked by objectname.methodname().

Difference between print () and println () methods.

Define the term State, Behavior, and Identity in Java.

Behavior: represents the behavior (functionality) of an object such as deposit, withdrawal, etc.

Identity: An object identity is typically implemented via a unique ID. The value of the ID is not visible to the external user. However, it is used internally by the JVM to identify each object uniquely.

What is the Syntax in Java?

The syntax is a particular format for writing a program in Java and the commands to compile and executes it. Without proper knowledge of syntax, it will be difficult for a programmer or a learner to get the desired outputs from a program.

What is an interpreter in Java?

Java interpreter is a computer program (system software)that implements the JVM. It is responsible for reading and executing the program. It is designed in such a way that it can read the source program and translate the source code instruction by instruction. It converts the high-level program into assembly language (machine language).

How does the Java interpreter work?

To convert the byte code into machine code, we deploy the .class file on the Java Virtual Machine (JVM)

The JVM converts that code into machine code using the Java interpreter. The JVM uses the interpreter at runtime, after that it executes the code on the host machine.

It converts the source code into machine language, line by line at run time, without changing the sequence.

When compared to a compiler, the program execution speed is slower Less amount of time is spent on analyzing and processing the program.

Difference Between Interpreter and Compiler How To Install Java In Windows Step By Step