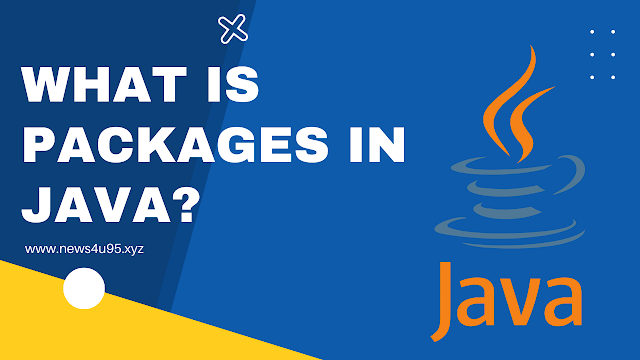 In this article we learn the what is packages in java, advantages of using packages, types of packages and how packages work in java.

What is Packages in Java?

Packages in java is a collection of similar types of Java entities such as classes, interfaces, subclasses, exceptions, errors, and enums. A package can also contain sub-packages. Packages are essential for better management and accessing of code.

Advantages of Using Packages in Java

1. Make easy searching or locating of classes and interfaces.

2. Avoid naming conflicts. For example, there can be two classes with the name Student in two packages, university.csdept.Student and college.itdept.Student.

5. Reuse the classes contained in the packages of other programs.

6. Uniquely compare the classes in other packages.

9. The exact name of the class is identified by the structure of its package.

Types of Packages in Java

They can be divided into two categories:

Java provides a large number of classes grouped into different packages based on a particular functionality.

java.io: It has stream classes for Input/Output.

As the name suggests, these packages are defined by the user. We create a directory whose name should be the same as the name of the package. Then we create a class inside the directory

How Packages in Java Work?

1. The names of packages and the directory structure are closely related to each other.

Accessing Packages or Classes from Another Package

If we want to access all the classes and interfaces of an existing package, then we use the import statement. We can do it in three different ways:

By using * after the import statement, we can access all the classes of the package but not the sub-packages.

Important points on Packages in Java

1. Every class belongs to a package. If you do not mention any package, the classes in the file move into a special unnamed package which is the same for all the files which do not belong to a specified package.

2. Multiple classes and interfaces in a file can be part of the same package.

4. We can access the classes declared as public in another package using: import package-name. Class-name

What is Class and object in Java?